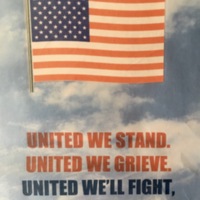 I created this the day after the towers fell. I put it in my window for all patriotic holidays and especially each 9/11. God bless every life that was touched that day! 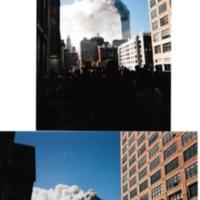 I worked in the building above the Holland tunnel... (1 Hudson Sq.)...and was 'corralled' on that block for several hours.. but, took 27 photos on my way to work that day, along Canal st., NYC..

5 Minutes Before the First Tower Fell 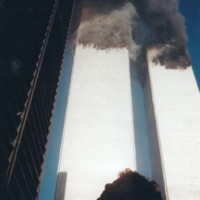 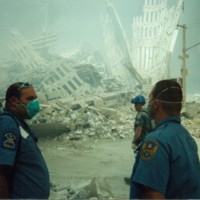 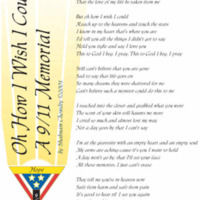 An Amazingly haunting and beautiful Memorial to the Victims of 9/11 written by a 4th Generation Christian Immigrant from Pakistan. 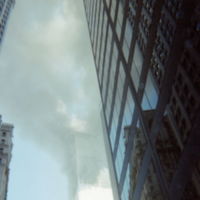 I took this picture..I was there...I found it yesterday.....15 years after the event. 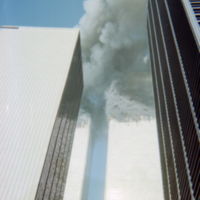 I TOOK THIS PICTURE...I WAS THERE 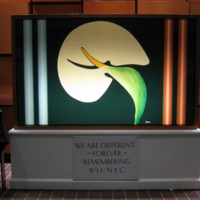 A Way To Remember 9/11: New York City
This painting, “We Are Different Now Forever - Memorial for 9/11” is of a calla lily in dark blue
space as a stylized image tilting inside a bleak,
black square with all the terror of Ground Zero
being in… 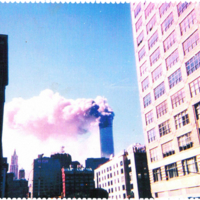 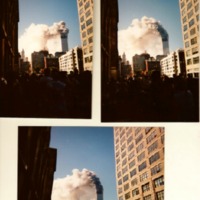 Roland Jackson won for every 9-11 victims. VICTORY, All Al qaeda and ISIS dead in the war 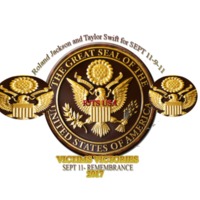 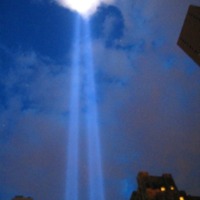 For each anniversary, flood lights were placed at the site near the foot print of the towers. When you were close to base of the lights, you could see glowing particles drifting up to the sky. It was an amazing image.