These pictures were all taken from the north slope of Fort Greene Park in Brooklyn, approximately a mile and a half from the WTC. My wife, Robin, and I lived on the east side of the park. We felt a shockwave against our windows when the first plane hit, but of course had no idea what it was. Robin left for work at Lincoln Center; she heard at the DeKalb Avenue station that something had happened, but figured it didn't affect her. She called me about it just before nine o'clock, and watched subsequent events from within a positively hysterical crowd on an inbound train on the Manhattan Bridge. I alerted friends at my office (Random House), who hadn't heard yet, and went into the park.

There was a cluster of about thirty people standing near the Revolutionary War monument at the summit of the park. I moved slightly downslope of them and stood there mostly alone until shortly after ten, watching the buildings and the great cloud moving to our west and south. One man came over to me and said, &quot;I'm not going to war for Israel!&quot;

After the first tower collapsed, people in the park started screaming. I felt lightheaded and went back inside, closed the windows, stored some water, and made contact with Robin, who had reached Lincoln Center and now was facing the prospect of walking home, which she did via the Queensboro Bridge--it took about five hours. That evening, we
agreed to leave the city--we had just two weeks before been searching intensively for a new apartment in the WTC area and had very nearly bought one at Broadway and John. We now live in Minneapolis. 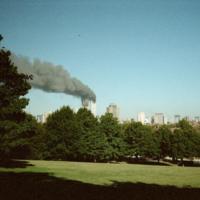 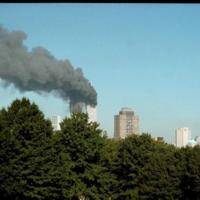 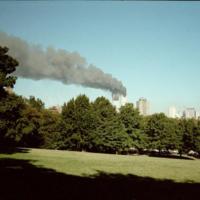 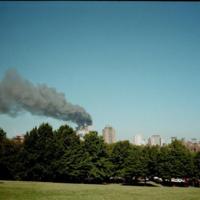 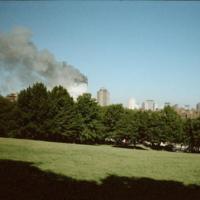 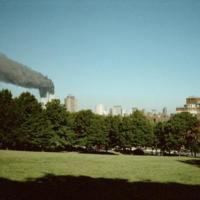 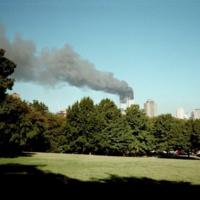 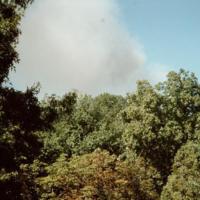