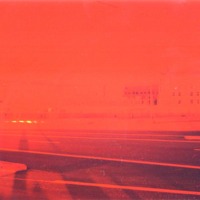 This is a picture I took of the progress on reconstruction of the Pentagon in early January. I apologize that my poor scan obscures some of the details of the building; the red filtration was meant to evoke my feelings of the utter destruction that… 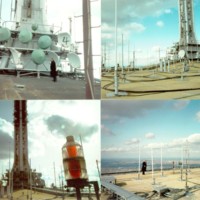 I used to live and work in NY and dealt with most of the major skyscrapers in deploying communications facilities. This montage is but a small sample of photos I have taken over the years, but have extra special meaning to me as they were taken 10… 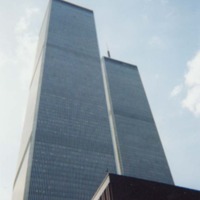 These are photos I took of the Twin Towers when I visited New York in July 2001. I was atop the Trade Centre just 7 weeks before they were destroyed. I hope to one day return to New York and sit in the exact same place as I did in 2001 (across the… 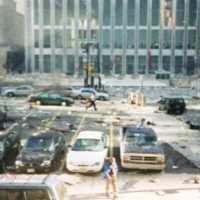 we were there.to all who lost thier lives on nine eleven R.I.P. from the workers of atlantic heytd 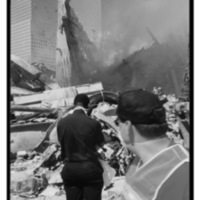 i TOOK THIS PICTURE ON THURSDAY SEPT. 13 AT GROUND ZERO. I FOUND THE IMAGE OF THE PRIEST PRAYING AND THE EMS WORKER LOOKING AT HIM RATHER POIGNANT. SECONDS LATER THE PRIEST TURNED AROUND, GOT A CAMERA OUT AND ASKED THE EMS WORKER TO TAKE A PICTURE OF… 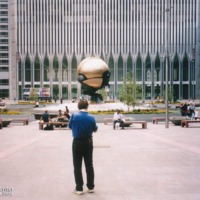 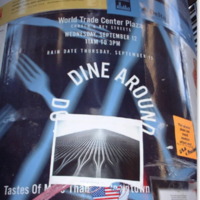 Photo of a poster advertising an event to be held on the WTC plaza on 9/12/01. Poster was located on an advertising kiosk located at Broadway & Liberty Street, 1 block from Ground Zero. Taken in the early spring of 2002. 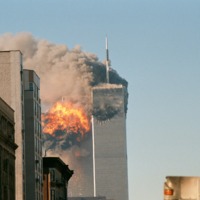 After my first shot of the fireball, I was frozen like I was in a trance. Everything seemed to be happening in slow motion.
When the sound wave reached us (it sounded just like in the movies, only not so loud---then again, I was probably 2 miles… 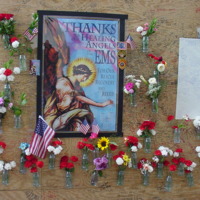 This is a picture of the wall walking down from the viewing platform. During our trip to New York City to pay our respects for all the people that lost their lives for our freedom on May 30th 2002.
Scott & Laura 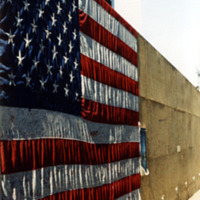 Flag on the ramp to the platform overlooking the World Trade Center Site. 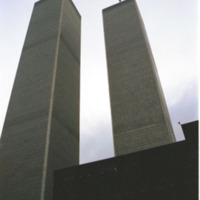 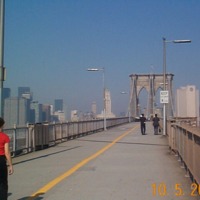 Anyone familiar with walking or riding over the Brooklyn Bridge will know the WTC is missing from this picture. I took this picture aa month afterwards in the same spot I had taken a previous picture with the WTC in the background. 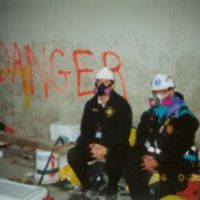 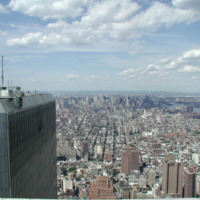 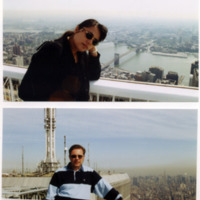 We are from The Netherlands and these picture were taken during our vacation in the US. We visited NY and the WTC on 17th september 2000. 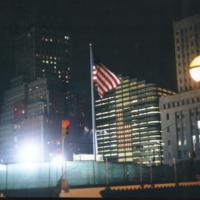 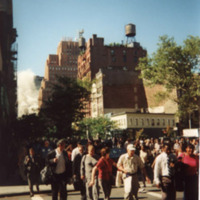 View from West Broadway, ca 9:30 AM,
September 11, 2001
The unthinkable happend. The second building collapsed. Everyone was going north of the city. 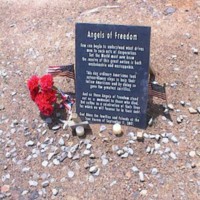 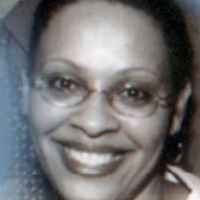