This collection contains over 2,800 images submitted directly to the Archive by individuals of the attacks and their aftermath, but of other topics and materials of related interest. 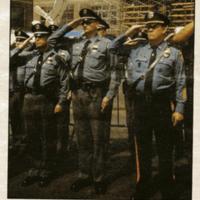 I came to honor the real heroes. We, the survivors, did so little compared to the sacrifice of all those brave souls. This was from a Catholic newspaper from NJ. One of the writers came with us and the families. 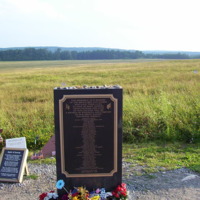 My wife and I traveled to Washington D.C. in July 2004. On our way, we stopped in Shanksville, PA and visited the site of the crash of United 93. This was such a powerful place to visit. Very quite and calm. It was very windy that evening and the…

This is a photo of K-9 Ajax, Laika and Ron Moser's WTC Id's 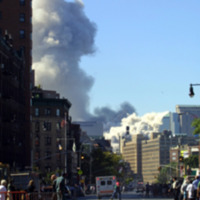 As the towers disapear under a cloud of dust, an ambulance races south towards the attack site. 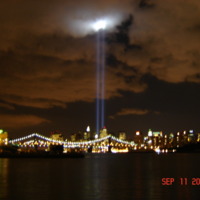 5 years after the nightmare 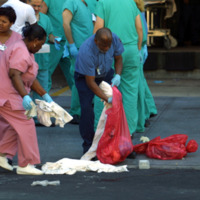 Hospital workers clean up materials left from treated those injured from the WTC attacks. 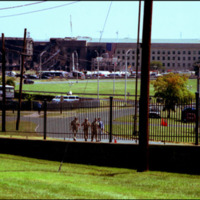 The Pentagon on Sept. 13, 2001 seen from Arlington National Cemetetry. I am a German and I visited Washington D.C. as a tourist in Sept. 2001 - more on my website: www.ottefoto.net 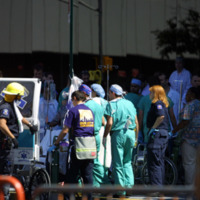 Hospital and emergency workers ready to assist another patient arriving from the WTC site. 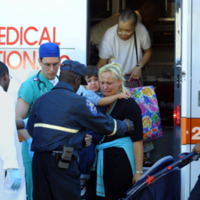 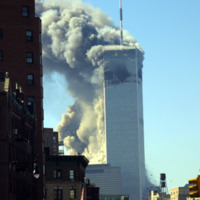 The first, south tower collapses in a cloud of smoke, seen from Greenwich village in Manhattan. 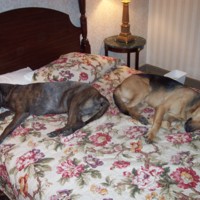 Bomb Dogs Ajax and Laika resting at the Edison Hotel after a long day of searching equipment and supplies for the Red Cross, OEM, FEMA and Victims Family Center at pier 92 & 94. 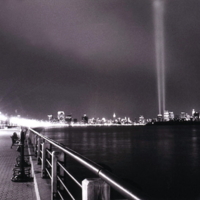 Taken From Liberty Park During the Memorial Lights Tribute April 2002 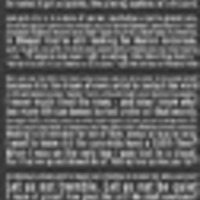 "Tower Two"
(110 lines woven from the contributions of invited poets) In the days and weeks following September 11th, New Yorkers were numbed by the gloomy silence that fell upon Lower Manhattan. The streets of Lower Manhattan lay eerily quiet and… 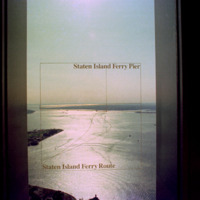 This was taken October 28, 1976 in the 107th floor Observation deck of the south tower. Etched on the glass were these outline maps of various views of the surrounding vistas. I find it poignant that Staten Island is where the towers eventually ended… 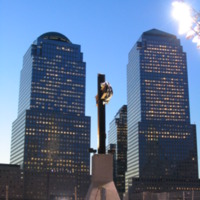 This photograph was taken on Friday, February 20, 2004. It was my first time in New York City. I was there to visit my mother, who I had not seen for three years. 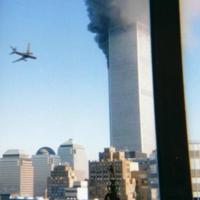 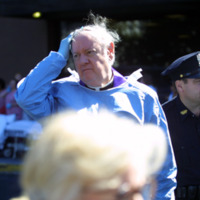 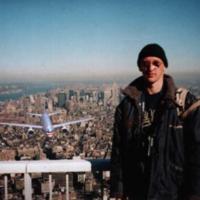 This is a picture that was sent to me via email. I look at it every once in a while to remind me how precious life is and to never take one day for granted. God bless this man. 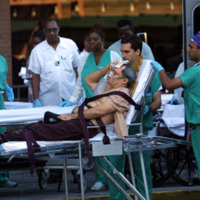 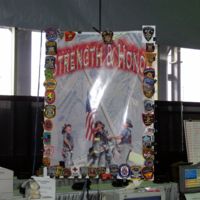 This is a poster with patches from several Police Departments & Fire depts who worked at Ground Zero or securing sensitive areas.